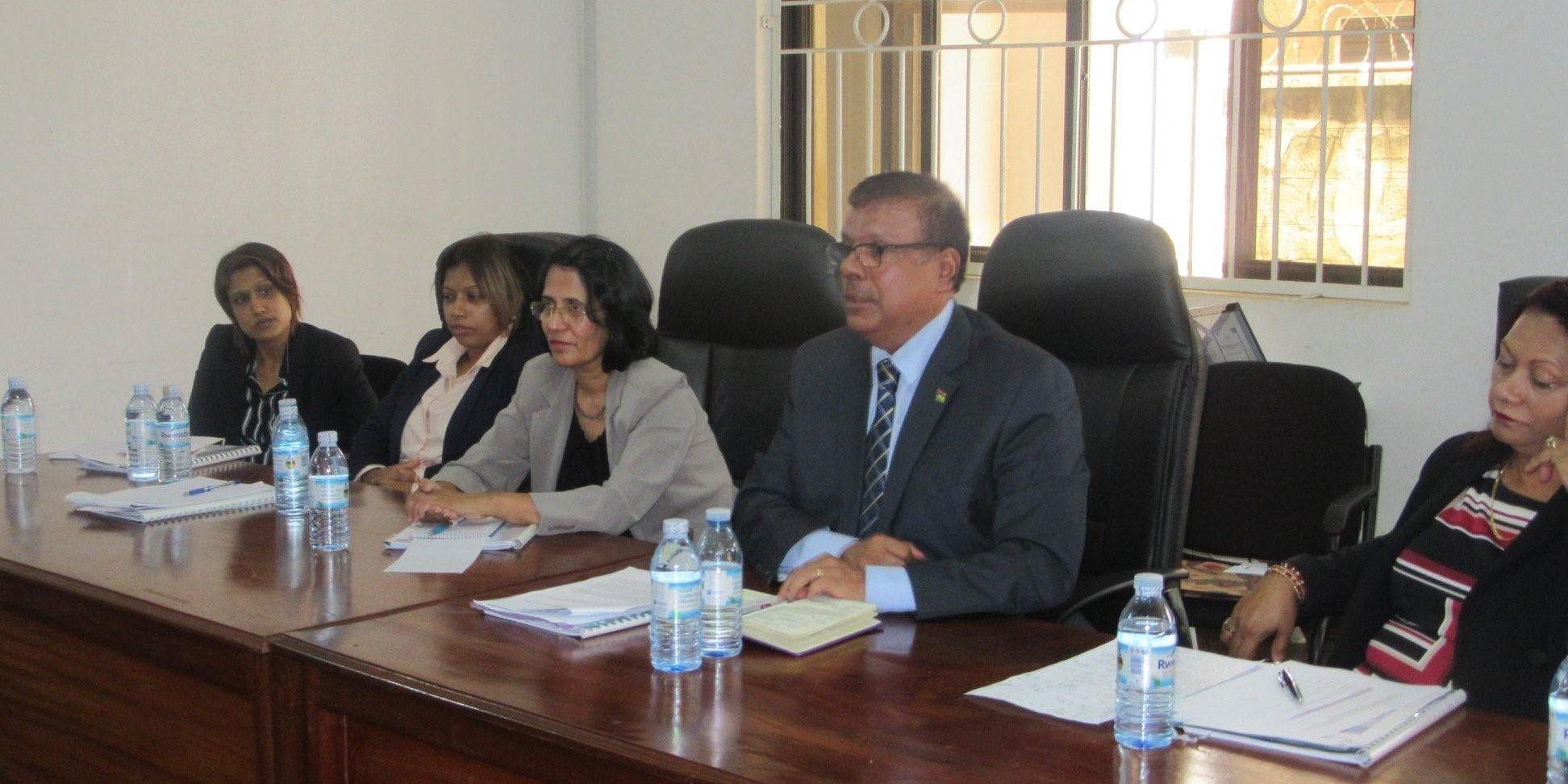 The Chairperson EOC making her presentation

EOC hosted delegates from the Parliament of Mauritius on Tuesday 13th February at their premises in Bugolobi. The visit was to benchmark on aspects of Gender and Equity Certification process with Ministries, Departments and Agencies (MDAs) as required by the Public Finance Management Act 2015. An official from United Nations Development Agency (UNDP) came along with the delegation.

The Chairperson EOC, Mrs. Sylvia Muwebwa Ntambi who presided over the meeting, revealed the EOC mandate, structure, legal and institutional frameworks and different mechanisms of administering social justice to the vulnerable and marginalized groups.

She explained that Gender and Equity planning and budgeting are an ultimate pathway to a just and fair Uganda wherein all Ugandans have equal opportunity to participate, contribute and benefit from national developments.

The Chairperson revealed that the Commission had assessed four sets of Budget Framework Papers (BFPs) as stated under the Public Finance Management Act, 2015 which gives it the mandate to assess and certif the inclusion and responsiveness of Sectors, MDAs and LGs to gender and equity compliance in their Budget Framework Papers (BFPs) and Ministerial Policy Statements (MPS) to ensure that they are gender and equity responsive.

The Head of delegation from the Parliament of Mauritius enlightened the team about his country’s Commission which deals with discrimination in regard to sex, race and checks on compliance mainly in the private sector. “It is limited on vetting bills of Parliament and policy documents”, he added. He raised questions on how the Commission in Uganda influences policies and whether it summons Ministers.

Member Zaminah Malole, responded by explaining how the Commission influences policy by writing mandatory annual reports on the state of equal opportunities in the country and makes recommendations to the different agencies. “Accounting officers who do not comply with gender and equity requirements are summoned and tasked to explain the hindrances blocking them towards attaining the set pass mark of 50%”. She further stressed the different stakeholders the Commission works with among others, Parliamentary Committees on Gender, Labour and Social Development and Equity Opportunities who are presented with these reports and lobby policy makers to support the Commission in its work. Other stakeholders partnered with are Cross Cultural Foundation which deals with vulnerable groups like the ethnic minorities.

A presentation on Gender and Equity Certification process was made by the Senior Compliance Officer, Manasseh Kwihingana who elaborated on the Commissions interventions, trainings, assessments and achievements so far made in undertaking this process.

8th Annual Report on the State of Equal Opportunities in Uganda
September 29, 2021