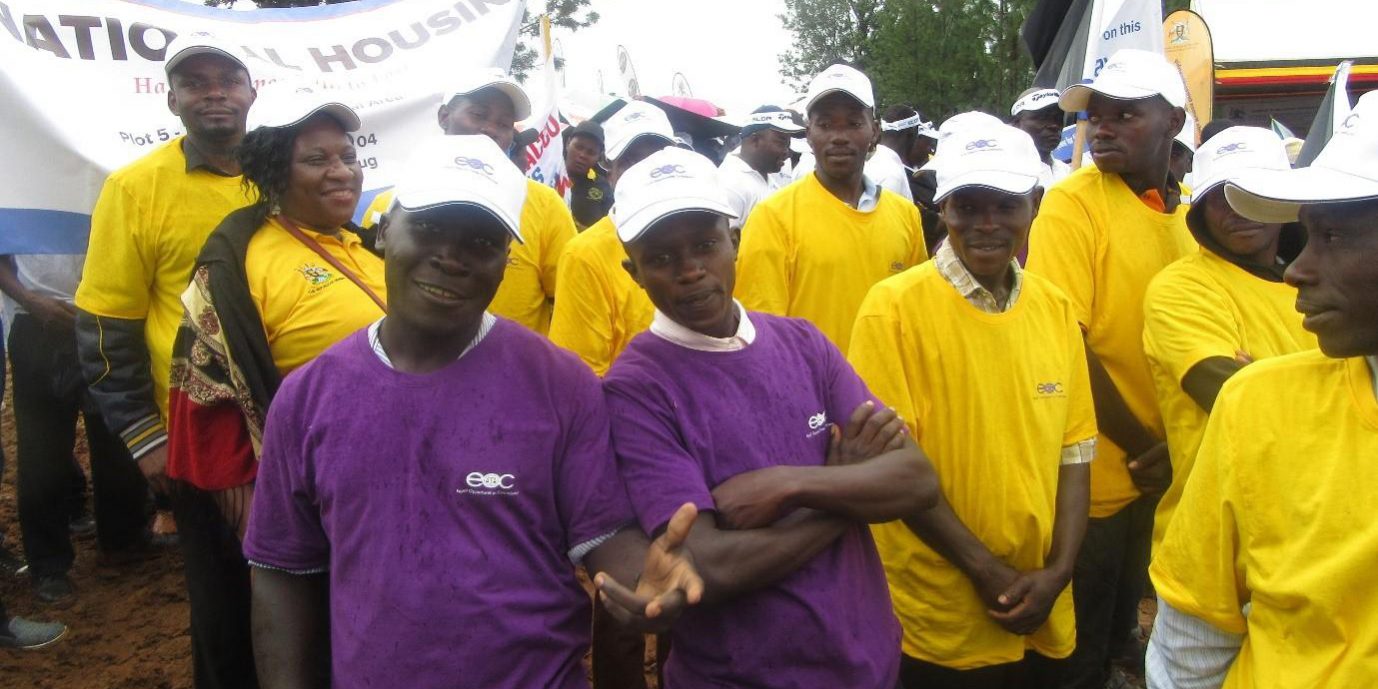 The parade team braved the rains and displayed the EOC brand

Speaking during the Labour Day celebrations in Sembabule on Tuesday 1st May, he angrily described the medics who downed their tools at the end of last year as “enemies of Uganda who should be treated as such”.

The medics strike which paralysed healthcare services throughout the country and saw some patients die due to failure or delayed access to medication, forced government develop the scheme of importing 200 doctors from Cuba to replace the striking doctors.

President Museveni said as proposed in the next Budget (2018/19), his government will only enhance salaries for selected civil servants such as doctors and science teachers while others will be considered in subsequent budgets. The President also dismissed as selfish the agitation to enhance civil servants pay across the board, saying government still has other pressing priorities to tackle, including roads.

Mr. Museveni reprimanded those who stage strikes over low pay, saying he is one of the public servants paid a low salary.

The Presidents response was triggered by an earlier speech by Mr. Wilson Usher Owere, the Chairman, National Organisation of Trade Unions (NOTU).

Mr. Owere had argued that since government had improved key infrastructure including roads by 70 per cent, it was now pressing that government focuses on raising salaries of civil servants.

The NOTU boss had also challenged that non-motivated labour would frustrate Uganda’s economic take off stage and notified the President against poor counsel by his Ministers on import of Cuban doctors.

“I don’t see any need of them and you should be serious with your ministers. They just want to create for you problems. They want to financially benefit from the Cuban doctors project”.

EOC participated in the parade that was led by the uniformed officers and other government, private and civil society organisations.

The Government gave 330 people medals in recognition of their outstanding service to the country.

EOC participated in a talk show on the eve of Labour Day on Buladde FM in Masaka and received a number of callers asking about how to access our premises in order to reach out and redress their discrimination related challenges.