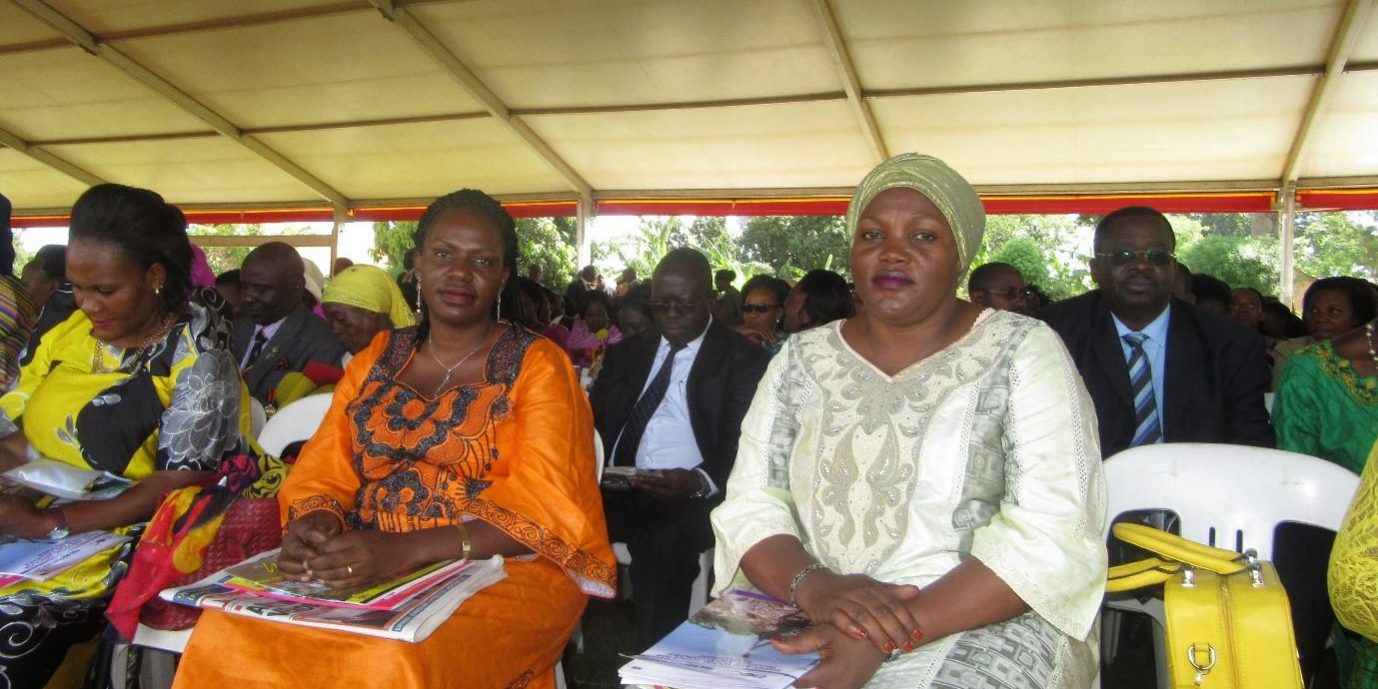 President Yoweri Museveni has described men who beat their wives as cowards violating God’s laws and not deserving respect. Quoting Ephesians 5:25, he said since St. Paul instructed that husbands should love their wives just like Christ loved the Church and gave his life up for her, men should protect their wives instead of beating them.

The President said this while officiating at the International Women’s Day celebrations held in Mityana district under the theme: “Empowerment of rural women and girls: Opportunities and challenges”.

The President inspected various exhibition stalls mounted by women under the Uganda Women’s Entrepreneurship Programme (UWEP). This programme which was launched by the Government in 2016 to enable women start small businesses, has aided over 44,000 women

The President instructed his aides to register all women entrepreneurs that he inspected, in order to scale up their businesses. Some women displayed crafts, shoes, food products and textiles.

“Women are the base of society. Old societies decided to marginalize and suppress them. This has since changed with recruitment of women in the armed forces since 1986 by the NRA”, he said.

He paraded eight women legislators who defeated men in direct constituency elections and called upon women representatives led by the Rt. Hon. Speaker of Parliament to greet celebrants.

The Presidential Fast-Track HIV situation room that is meant to enhance the campaign of ending HIV/AIDS infections by 2030 was launched. Accordingly, under the new campaign, if one tests positive, they are supposed to start medication immediately and once adhered to, the hope is that the viral load is suppressed to near extinct.

The President decorated more than 100 women with medals whose distinguished service had contributed towards economic transformation of Uganda.

Hon. Janat Mukwaya, Minister of Gender, Labour and Social Development gave an account of how the programme has assisted women in investing in different income generating projects. She extended appreciation to various Government Ministries and Agencies who have extended social services to rural communities like water, electricity, expansion of roads, health facilities, agricultural products, gender parity in school enrolment and solar.

The Minister hinted that improvement and expansion of national feeder and community road networks has provided the population in rural areas access to markets and other services.

The Vice Chairperson of the National Women’s Council, Hon. Hellen Asamo (PWD MP Eastern) decried the heavy taxes levied against women in the informal sector and requested the President to intervene especially for those whose businesses earn them a minimum of Ug shs 200,000.

During events preceding International Women’s Day, the Commission engaged students from Mityana Secondary School and Royal Giant Secondary School in a debate on Wednesday 7th March. This event under the theme: “Should there be Equal Opportunities between Mityana SS and Royal Giant High school was officiated by the Deputy Resident District Commissioner Mityana, Ms Esther Lunkuse Lutaaya, who applauded the EOC for the innovative ways on addressing issues of equal opportunities among students.

“Previously, girls were looked at as caretakers and home keepers, however this has changed. Equalizing opportunities is important for both boys and girls because it enables them to achieve”, she said. She pledged to work with other partners and committed to ensure the realization of the 2030 Agenda for Sustainable Development of leaving no behind is met.

The Principal Education Officer, Petua Babirye Isabirye expressed her appreciation to both schools for their deliberations during the debate and explained the EOC mandate and functions.

She stressed the need for inclusion of girls in leadership positions at school and participation of boys in different activities to ensure equity.