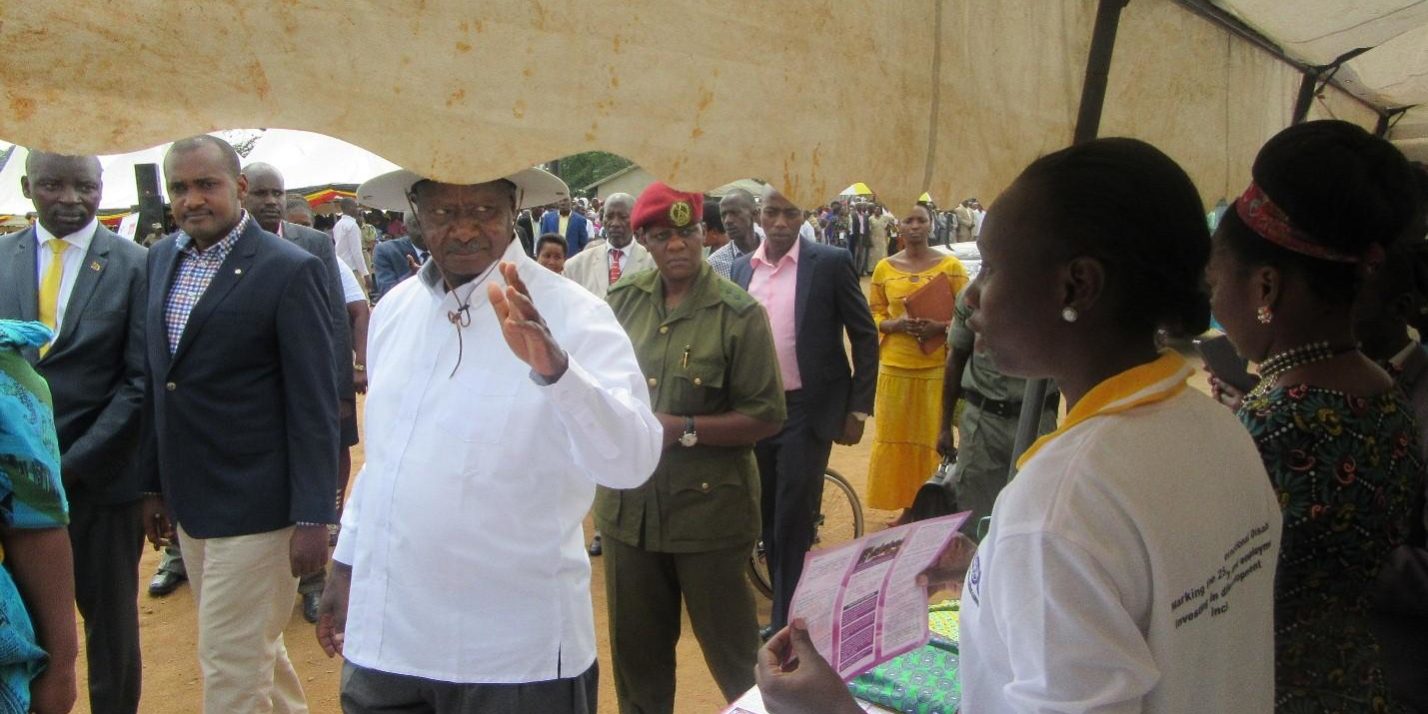 Equal Opportunities Commission was part of the stakeholders that converged in Kamwenge district to commemorate the International disabilities day on Sunday 3rd October, 2017.

The event organized by Ministry of Gender, Labour and Social Development was attended by a number of stakeholders from all regions of the country. The Chief Guest was H.E President Yoweri Museveni.

The Master of Ceremony, Mondo Kyateeka welcomed guests to the event and encouraged participants from various regions to use their skills and talents despite their disability. The event was opened with a band-aided march within Kamwenge town council by various organisations and persons with disabilities.

The Acting Chairperson National Council for Disability (NCD) thanked everyone for coming to celebrate the day with them and was grateful to Ministry of Gender Labour and Social Development for accepting to have the event hosted in Kamwenge district.

She advocated for awareness raising to the legislature and public on issues of disability. She noted that after NCD undertook a research it was discovered that persons with disabilities still face a challenge of inaccessible structures in schools, health centers, transports facilities, toilets and commercial buildings. She added that delivery beds in health facilities are not adjustable and pregnant women with disabilities are forced to give birth at home.

She called for social inclusion and participation in society and stressed the need for persons with disabilities to experience equality in employment. She said, “A number of persons with disabilities have joined elective politics like councilors and speakers at District local governments.” The LCV Chairperson of Dokolo district, Mr. Odong was recognized and applauded for his zeal in making it to the top position in the district despite his disability.

Hon. Hood Katuramu, MP for persons with disabilities representing Western Uganda thanked Ugandans for including them in the policy making process. He recognized and introduced the team of Parliamentarians he came with and thanked Kamwenge district for the support given in the preparation of the event.